“Warhammer 40,000” the miniature wargame appears to be having a bit of a renaissance. Games Workshop (GW) is doing better than ever, and several TV projects appear to be in the making.

The Horus Hersey books were released on Audible. And Games Workshop has been killing it with their new line of miniatures too.

It’s exciting times to be in the hobby, and while I have been away from wargaming in general, it’s been impossible not to jump on the GW hype train.

So I went in hard.

Of course, I had to start with the Warhammer 40k bread and butter, the Space Marines. They were my go-to army when I was first slathering paint over plastic.

I grabbed a starter set. 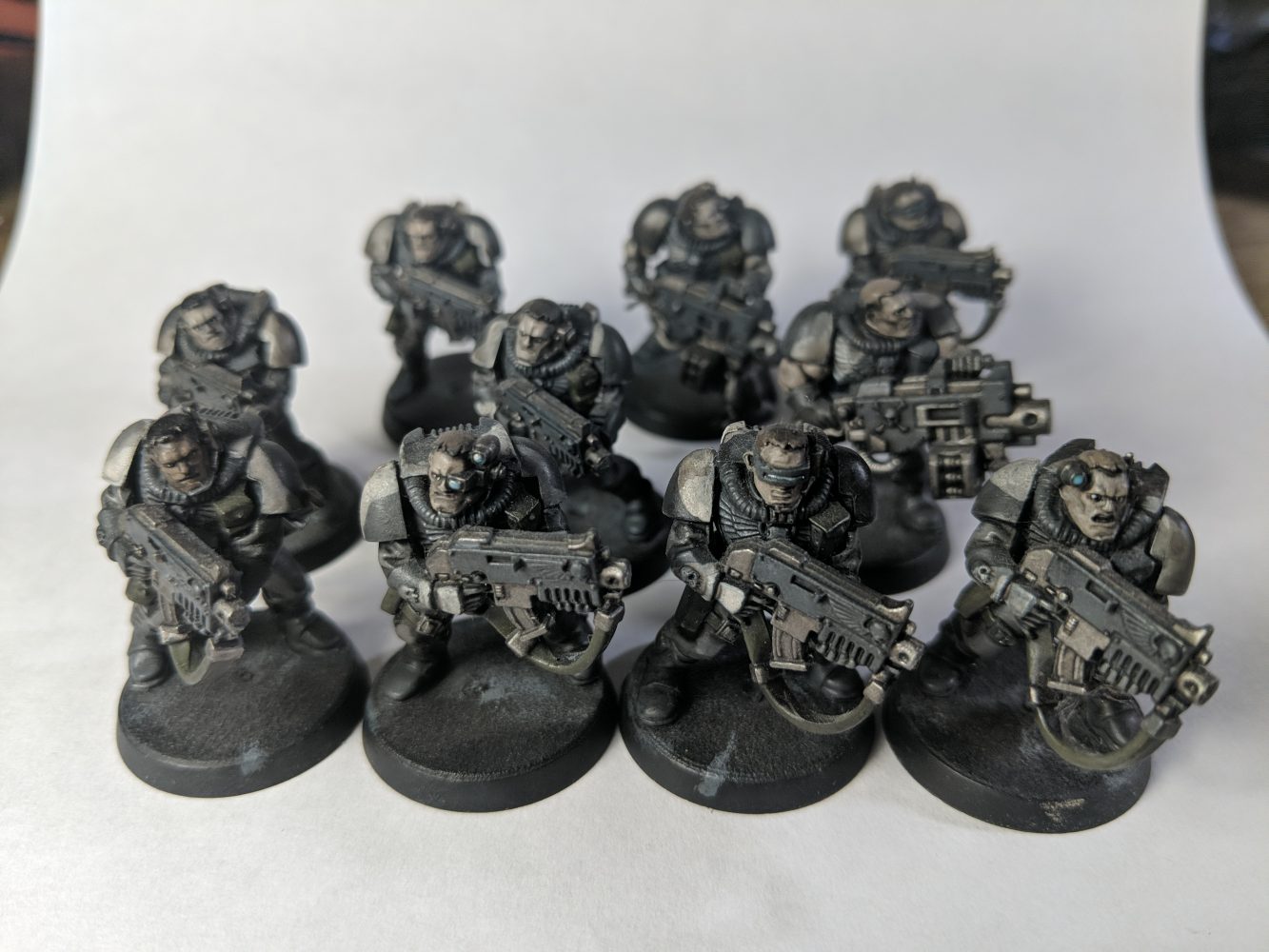 Some of the last miniatures I painted for Warhammer 40,000 many years ago.

I then got to work building and painting my first kill team, which is Games Workshops small scale skirmish game based on the rules and miniatures of 40k but optimized for 2-20 models.

Kill Team is an easy entry point into Warhammer 40k for new and returning players. It’s possible to build up, paint and play a viable kill team in a couple of days, and for under £40.00. 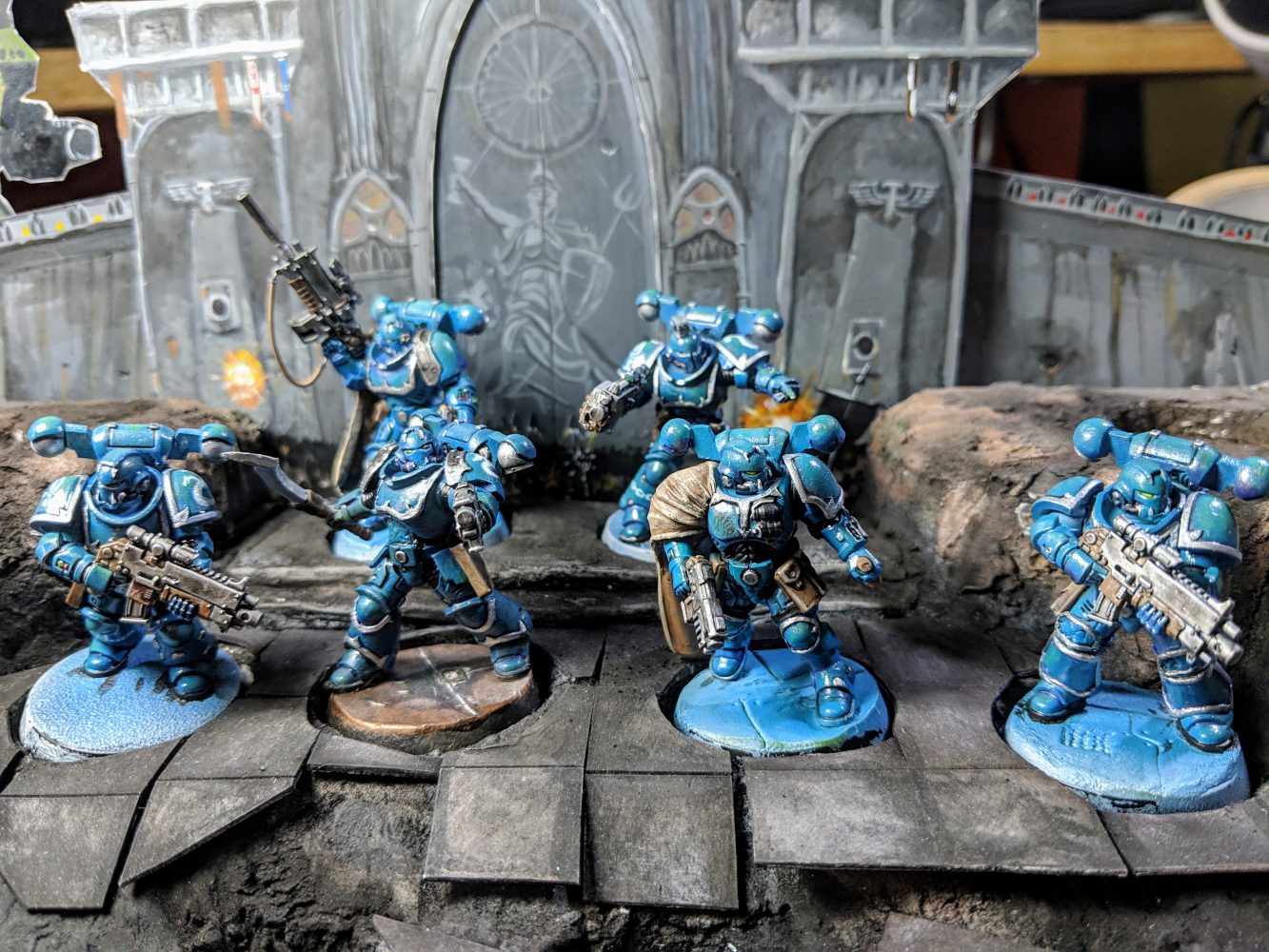 Warhammer 40,000 is a futuristic “Grim Dark” setting with several game systems that allow you to play out different scenarios using dice and painted miniatures on a tabletop.

This went well until I realized, I had no one to play against. So with very little persuasion. I hooked a couple of my friends back into the game. In return, I would paint them up a kill team each. 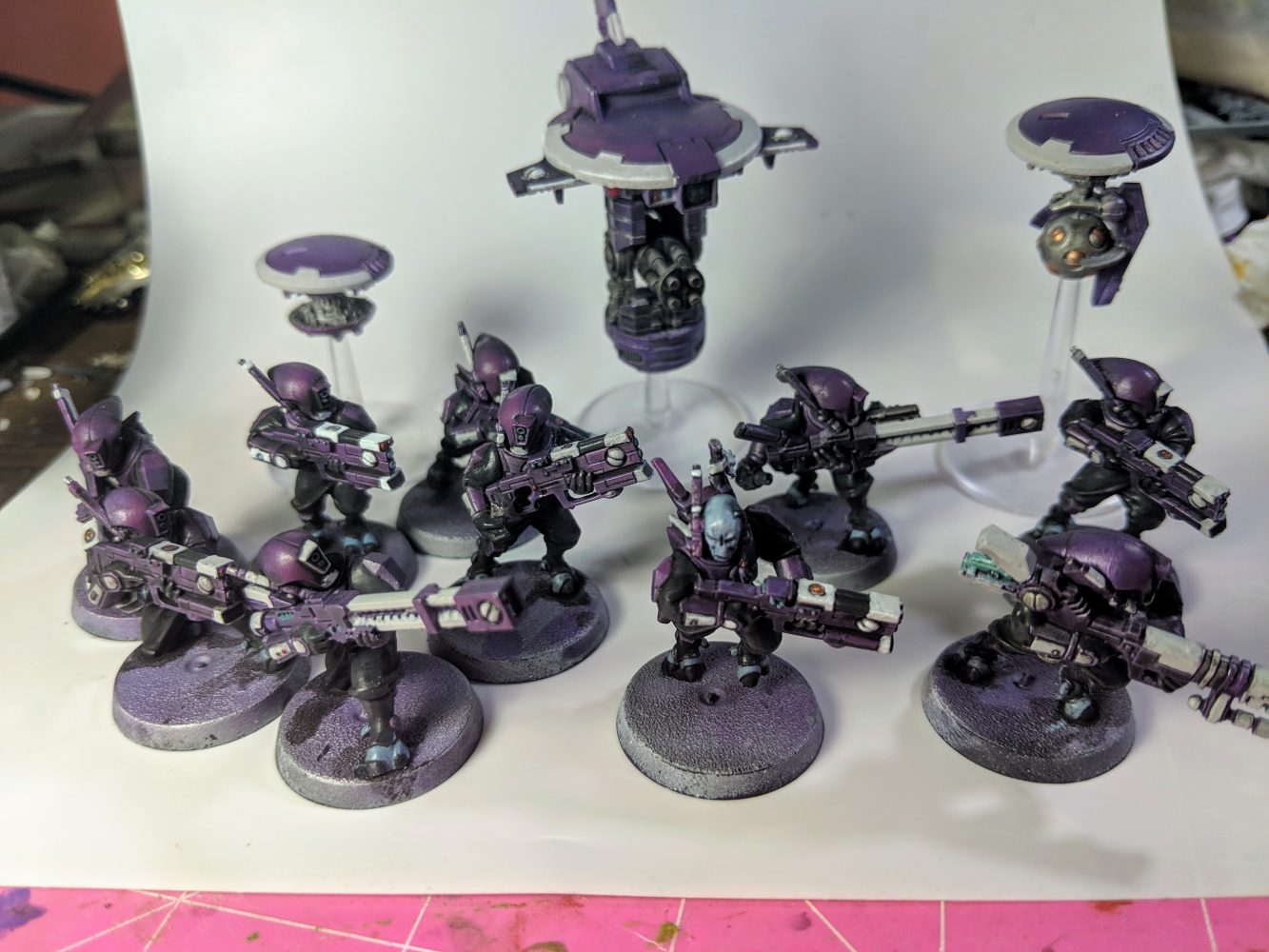 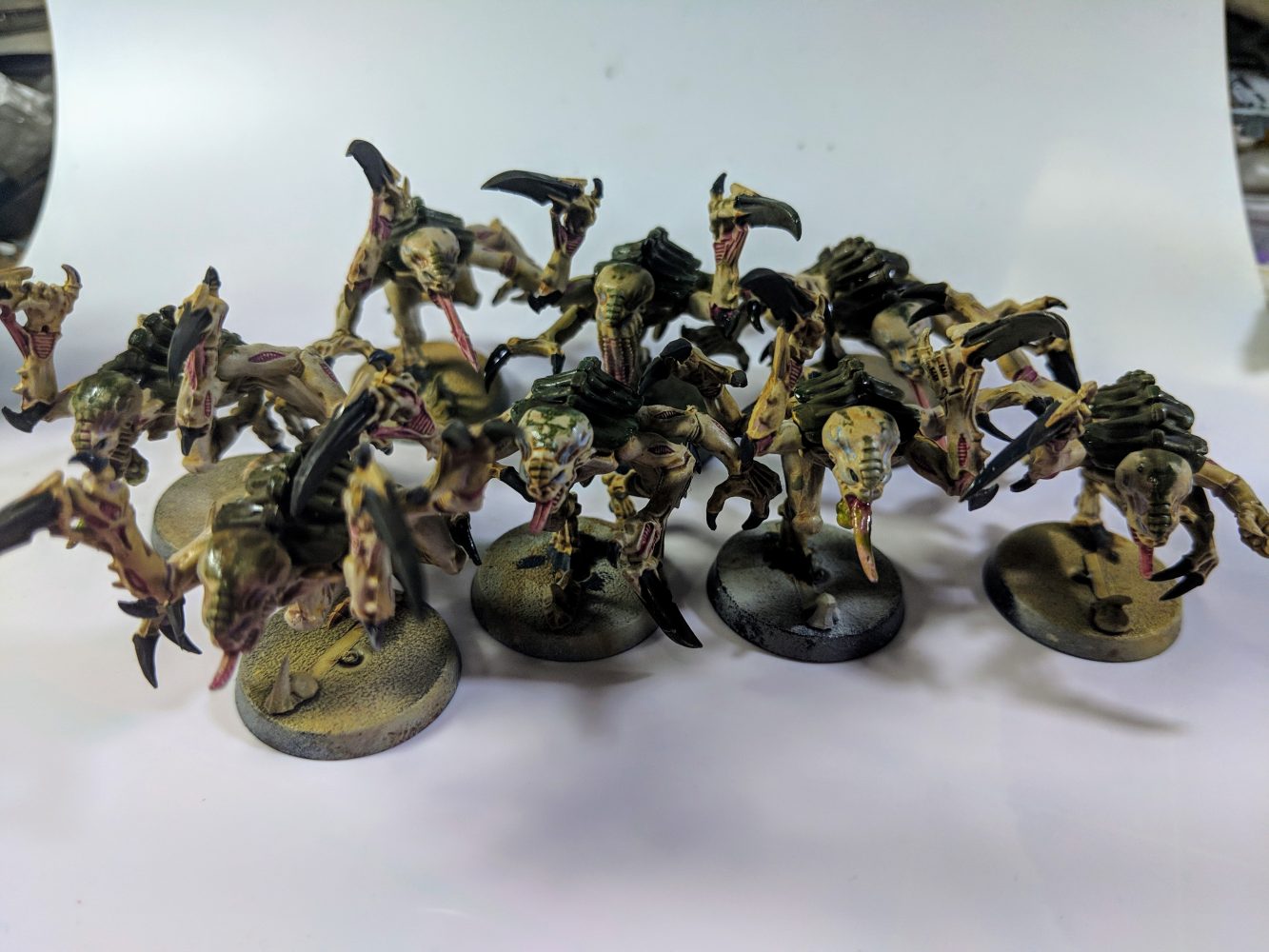 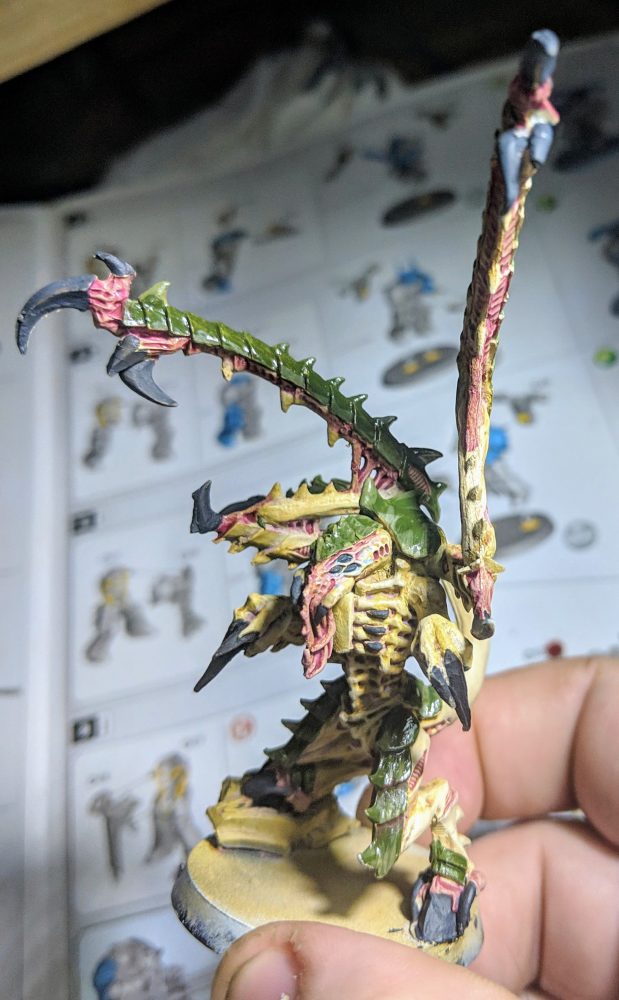 The big scary of the Tyranid kill team, the Lictor 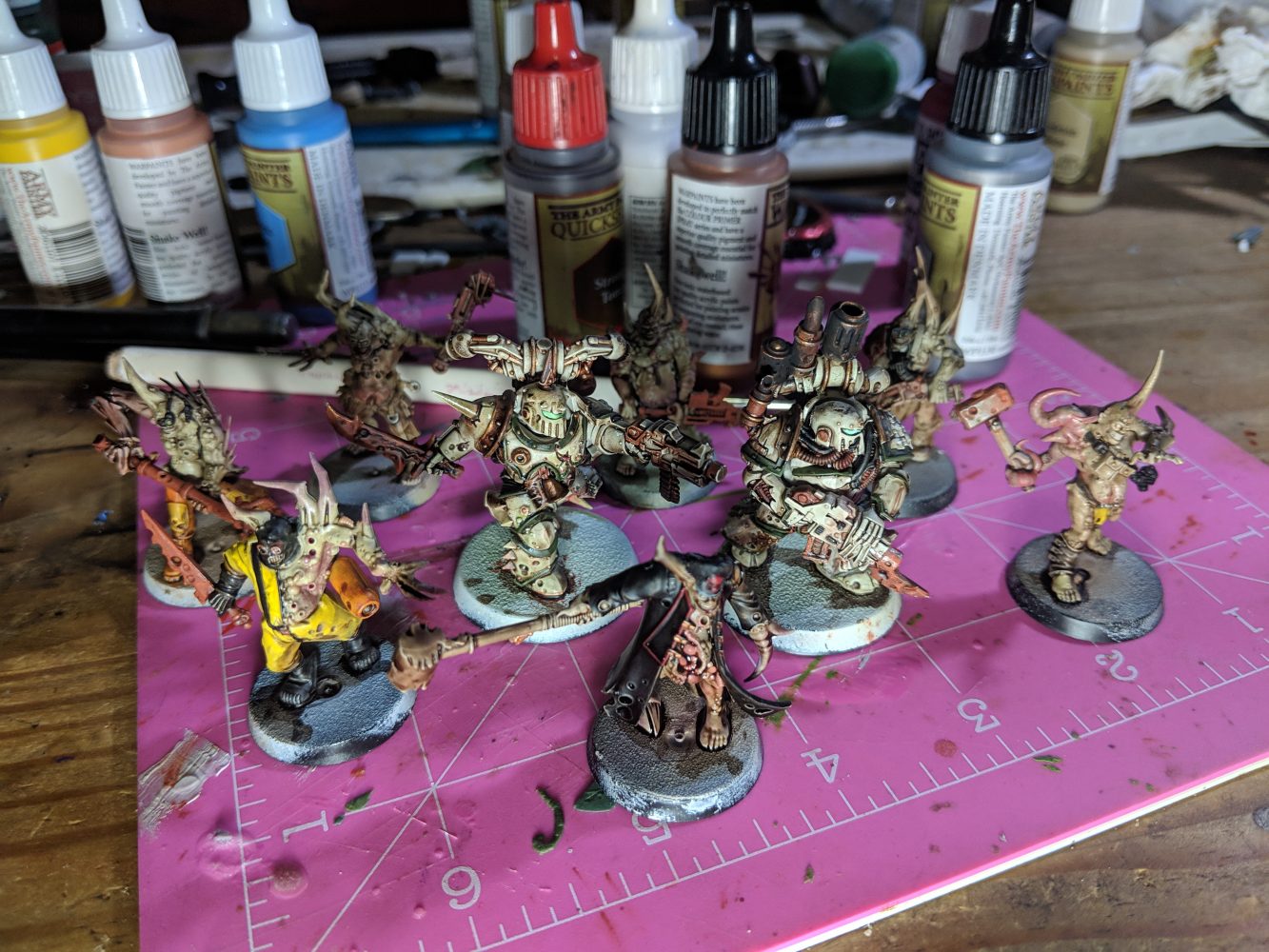 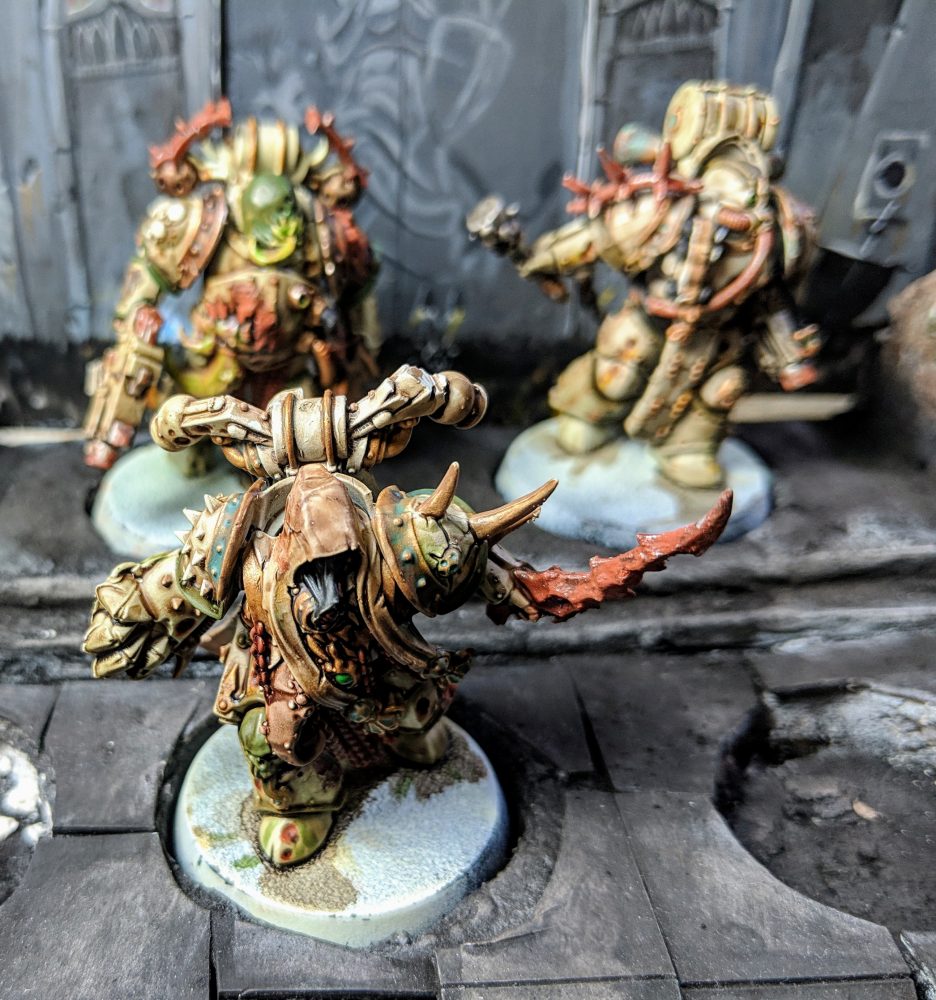 So after a productive month, I began my return to a hobby I had been out of for nearly 10 years. 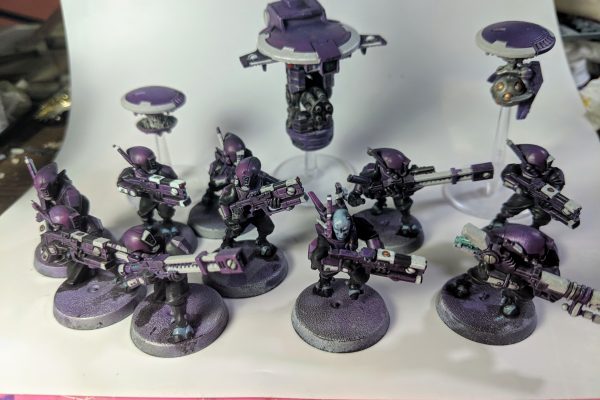 The first was a Tau kill team. 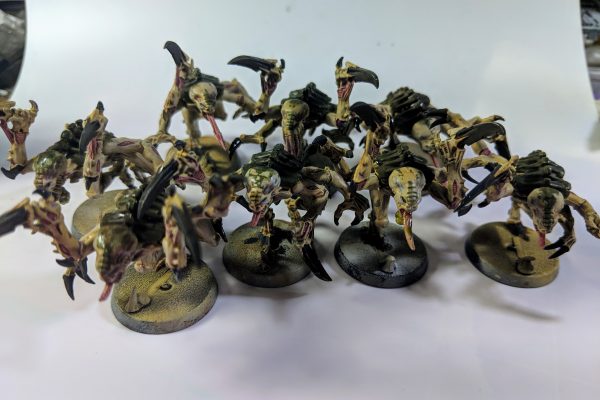 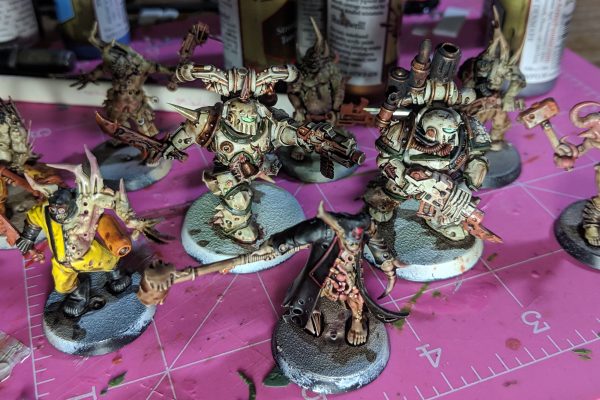 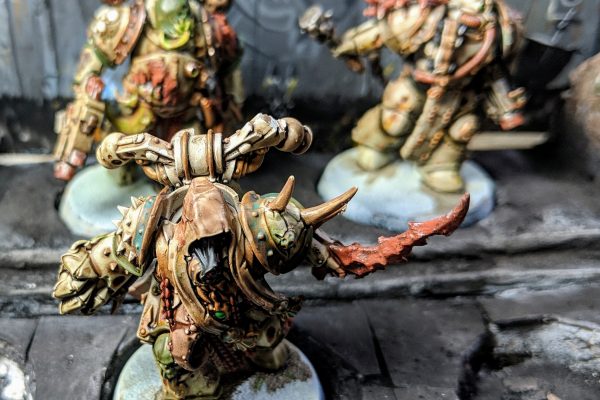 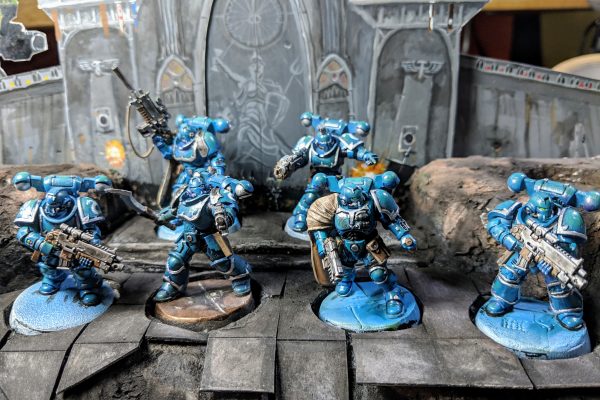